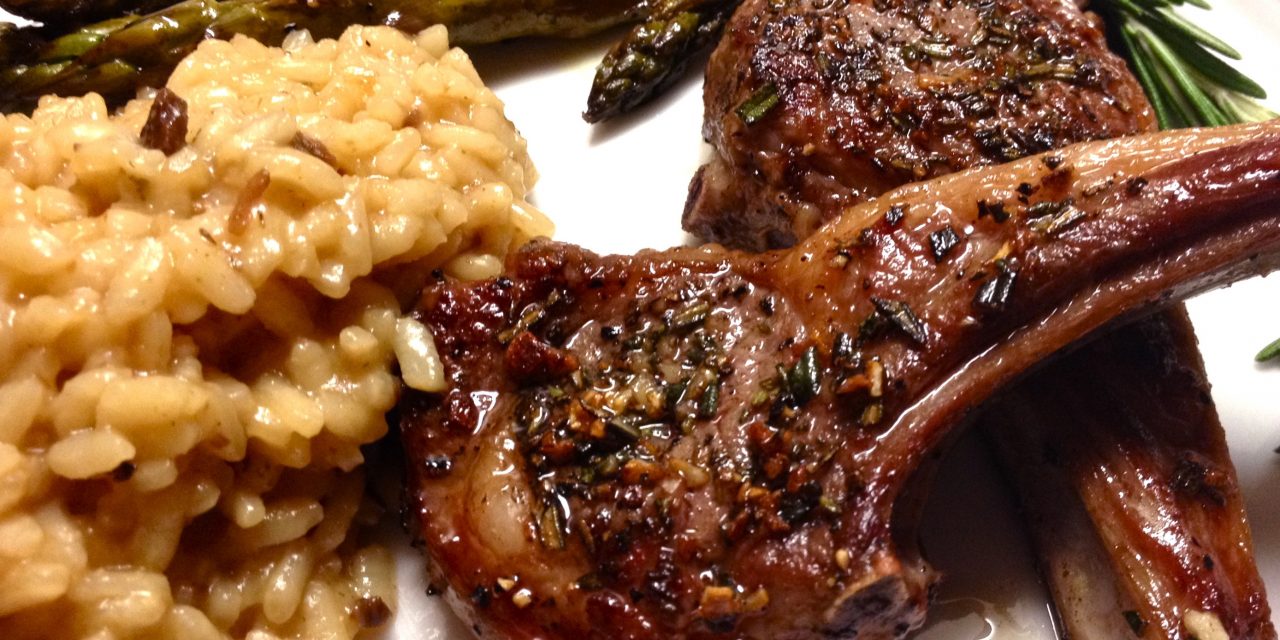 I don’t eat a lot of red meat.

But when I was living with my uncle Oscar, he’d cook the occasional lamb chop, or Osso Buco.  The guy was an amazing cook.  His palate was refined.  His senses were keen.  He once walked out of the bedroom and told me I had overcooked the fish, and damned if I hadn’t. 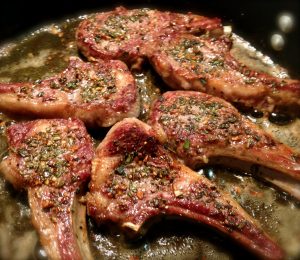 He was in amazing shape, physically, mentally–in every way, Unc was in great condition.  He was in his 80’s.  He ate meat every once in a while.

So I figured, what the hell—I’ll have what he’s having.

Unc used to get pissed off when he was having a dinner party and people would call in advance and give him their dietary restrictions.

I once had a dinner party and a gal sent me a list of 20 things she couldn’t eat.  One of them was eggplant.  I had already made eggplant Parmigiano.  So I made a Bolognese sauce as well.  Just for her.  It was one of the few things she could eat.

It took three hours.  She never showed up.  True story.

These days, when I go to a dinner party, I just shut up and eat whatever they’re serving.  It hasn’t killed me yet.

Thicker pieces of lamb take longer, thinner pieces take less time. Also, if you want them to be rare, obviously cook them for less time. For well-cooked, cook ’em longer! 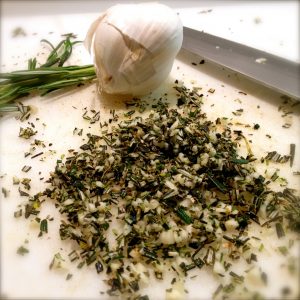 Even though they’re already chopped, chop ‘em up together for a minute

Put them in a small bowl

Add a teaspoon of olive oil, mix it up.

Place the lamb chops on a large plate 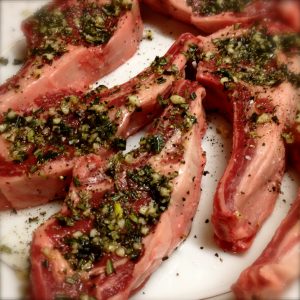 Rub a little of the rosemary/garlic/olive oil mixture on top of each lamb chop—only on one side!!  Spread it around evenly

Turn the heat to high

When the butter starts to brown, add the lamb chops—spiced side down!

Turn the heat down to medium-high

Cook for another 2 or 3 minutes until done

Plate it up, make it look nice, add a sprig of rosemary, maybe a dollop of risotto, a couple baked asparagus spears, and… 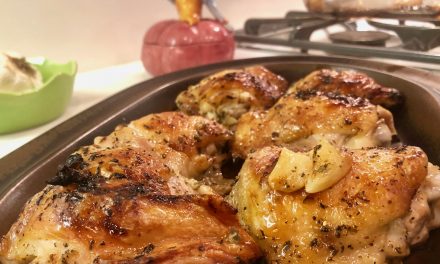 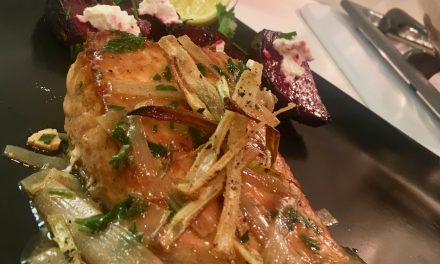